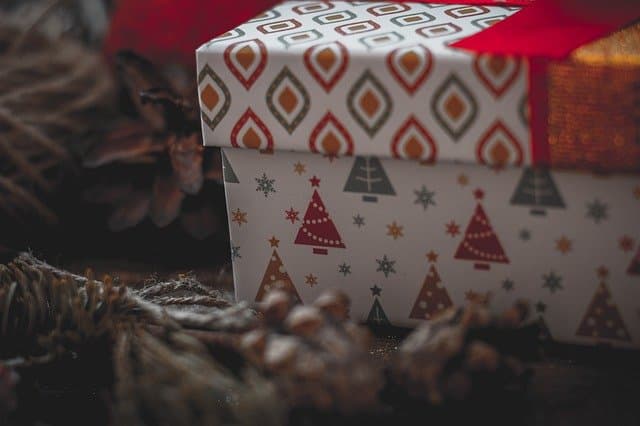 Short story – not mine, but I’ll (re)tell it anyway.

A man sits on his father’s death bed. They are not desperately poor, but far from rich. The father hands him two boxes – one black, the other one white. And tells the man:

“I’ll be gone soon. I’m not very rich, but I can give you these two boxes. They are magical, they will help you – but do not open either one of them until the time is right.

See, when you live your life, there will be times when you feel it couldn’t get any worse. Once it gets to the point that you can’t cope any more, that you see no way out – open the black box and see what’s inside.”

“What about the white box?”, the man asked.

“The white box is for when everything is as good as you could imagine. At that time, open the white box and it will help you a lot, but don’t open it any sooner”.

Soon after, the father dies – and the man goes on with his life. In time, he starts a business, gets married… However, after a while, his business starts to crumble, his health starts deteriorating and his wife leaves him. Being poor, alone and desperate, he remembers the father’s words and decides it is the time to open the “magical” black box.

As he opens it, the box is almost completely empty, except for one folded sheet of paper. He takes the paper, unfolds it, and on it he sees these words written: “It will pass”.

“So simple, yet very empowering, and it makes perfect sense”, thought the man. So he keeps going, no longer as desperate as before. No longer worrying about the bad things he couldn’t change, but concentrating on changing what he could, for the better. Manages to pull his business up. And things start turning for the better.

Not long after that, he re-marries, has two beautiful children and all seems perfectly fine. One morning, he looks back at his life, thinks, and decides that the time has come for the white box. What could that be anyway?

He opens the white box – and inside there is also only one folded sheet of paper. As he unfolds it, he sees another writing: “It will pass”.