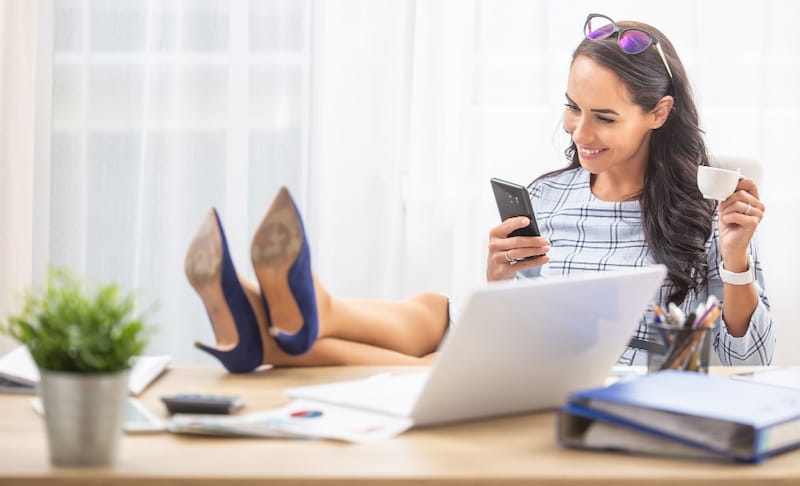 Reading the Linkedin social platform, I came across a post regarding procrastination. Of course, I couldn’t resist writing a “witty” comment: “I have a perfect solution on how to overcome procrastination… will write about it tomorrow!”

Thought that was funny. However, opinions on my sense of humor are apparently divided: all the people I’ve ever meat think it’s bad – while I think it’s brilliant. So the original poster replied: “Awesomeness. Please share Relja When you do“.

Since my current thigh injury prevented me from using a nice sunny afternoon for cycling, or at least repairing some bicycles that are sitting in the garage (talk about procrastination), I started thinking about the topic. Am I guilty of it? Even right now? And, seriously, how to prevent and/or overcome procrastination?

First of all: stop reading this drivel and get on with whatever it is you know needs to be done. No, this post won’t help you miraculously get better work habits, get more disciplined and organized. But it will take at least 10 more minutes of your time. Don’t even know why I’m writing all this…

If you are still here, it definitely means this doesn’t work. See?

OK, let’s give this a go. I could have written my “words of wisdom” in a Linkedin post. However, for reasons explained in my post about .com domain price hike and Internet censorship, I prefer to put all my work on my own website(s). For some time I have considered starting an “informal blog” – where I’d write about various topics in general, not just about strictly technical things, as I do on my cycling and IT websites. Why not? I love writing, some friends even say I’m not bad at it.

The main dilemma was – should I do it anonymously, or use my existing domain bikegremlin.com? Some people might find my shared thoughts strange, or even offensive. Yes, I’m all for love, peace, tolerance and leaving people be – including even the Christians. Still, one controversial non-anonymous post would probably mean kissing goodbye any chances of ever finding a decent job in case the current employer finally wises up and fires me.

Now, say I were to really write about how to overcome procrastination, as “promised”, for tomorrow. That is a very effective anti-procrastination tool: simply set yourself some deadlines.

Time is ticking. I could toss a coin if necessary, but must decide right now and get on with it. So, since monkeybusiness.com domain is already taken, I’ll go with this: blog.bikegremlin.com – non anonymous, for better or worse.

Digression: being thorough, for me it was more than a “5 minute WordPress install”. For those interested: how to configure a hosting account for WordPress. But I got it set up and ready to go.

This can be used in general. What do you want to be(come)? Where do you want to go? What do you want to do? It usually doesn’t take too much brains to figure out what you need to do in order to get there. For many people the difficult part is starting. Making plans and setting deadlines, that can be checked and confirmed, is very effective, you are practically giving yourself a kick in the butt – get on with it!

I remember from the student days, the famous: “I’m getting on with this exam on Monday”. Only, on Mondays one often has many other, fun things to do, doesn’t really feel like studying. What worked for me was forcing myself to read just one page (or solve just one problem, when it came to maths and programming). Making a deal with myself: if I don’t feel like reading a second page, it’s perfectly fine. With such arrangement I was bound to sit and start working. And once I start working, it is inevitable I’ll keep going – on most days. The bottom line: doing one page a day means over 300 pages in a year. Waiting on an “inspired Monday” – that can take a lifetime.

Most other goals in life can be cut down to “baby steps” that one can more easily force themselves into starting doing. It gets a lot easier once you start – most often.

Some people, sometimes, when they wish to sound modest while in fact bragging, say something like: “my biggest flaw is that I’m a perfectionist”. Without realizing it really is a flaw – if they really are as they say. I could write pages on how much time I have spent making a perfect strategy, planning and preparing, as well as not stopping working once a job is practically done, only because “it could still be improved!”

Friends often tease me about having OCD (Obsessive–compulsive disorder). Something I usually categorically dismiss: “I don’t have OCD… I have CDO. It is similar to OCD, but with letters sorted alphabetically – like they should be!“

This is also, technically, a kind of procrastination – even when you are working really hard, not just slouching and doing nothing. Because there are diminishing returns when it comes to effectiveness and efficiency (productivity), past a certain point.

I take great pride in always doing a top class job. But in time, just like setting deadlines, I had to train myself to also set criteria when a job is considered properly done. Case in point: building bicycle wheels (warning – poor audio and Tarzan English). In order to be efficient, without sacrificing quality, I had to get some gauges and set tolerance limits: how much lateral and radial imperfection is considered good enough. How much spoke tension variance is acceptable and so on. Without such limits, one could spend hours building one wheel – often not getting it finished ever, depending on the rim build quality and the number of spokes.

Similar goes for teamwork. Anyone taking pride in a job well done, setting high standards for themselves, can easily fall into a trap of expecting the same from the others. More often than not, this is counter productive. You can either get on people’s nerves, completely destroying their will to do any work – because “it’s never good enough”. Or, with similar results, end up doing it all by yourself, or “fixing” after the others, until you are completely burned out. Solution for this, at least in my opinion, is setting standards that are clear, and encouraging people to be more independent and just get on with the work, even if it isn’t perfect.

For me at least, both with football and with work, the best I could do to is setting an example personally. Then teaching anyone who asks and hoping for the best. People usually follow when they see something that’s good and works. Once a critical mass of people is “converted”, the others adapt to that. Still, never expect too much and set clear standards – because nobody is perfect.

Finally, know when you have to quit. Doing stubbornly something that you can’t finish is also a kind of procrastination. Ask for help when stuck, concentrating on the other things that you can do. Set new deadlines and reminders so you don’t forget (nor procrastinate forever), but it often helps to give it a rest. There’s a local saying: “morning is wiser than the evening”.

The above explained techniques work rather well when it comes to work, school, or any other similar goal. But what about the more important things in life – friends, family, love? People who know me can probably confirm that I’m very productive, industrious and disciplined. But there was a period in my life when I had completely forgotten about what really matters.

It can be surprisingly easy to get lost and forget about the big picture. If you like, consider your entire life as a project, but don’t forget: we are all mortal, life is short. You may laugh now, but I really had to set/plan myself the time for friends and family. There was always some extra work to be done, something better done today than tomorrow. Until I had realized the worst procrastination I was doing: my own life.

There are many things to see, learn, experience, with very limited time. So plan and choose wisely. Your life is your biggest project. I calculated: 70 years of life amount to about 3600 weeks – and weekends. And about 70 vacations.

The picture below is a 70 year lifetime, presented using a 60 by 60 square table, with each square resembling one week, and each green square presenting one year – vacation, birthday… Blue line – that’s the unexpected, unplanned: accident, cancer etc. Nothing is to be taken for granted. The red is what I have spent so far – now at 40.

I consider this picture quite powerful when fighting procrastination. Whether it is about one’s business, or private life goals.

If you have a headache, sure, you may not finish the needed reports/assignments today, but you could start? See how it goes, is it taking longer than planned? Won’t really know until you start. Or you might risk any lagging work preventing you from taking that vacation and motorcycle ride to the sea this year – and it’s not really guaranteed that you will be able to do it the following year.

It would be very nice to say how I have it all figured out. I don’t. Nobody does, not really. Life is a journey and there are a lot of choices – with their consequences. You are the one deciding on whether you will spend the time learning about German WW2 anti-tank gun propelled by an aircraft engine (which is fine if you are into WW2 tanks and do it in your free time, or are a historian… could have sworn it was a submarine engine before Googling!), or do some tasks for work. Finding the right balance between work, hobbies and leisure is important.

However, don’t let yourself be pulled into procrastination. Having fun when you really know that you should be working/studying doesn’t really feel that good. There’s always the feeling of guilt, a small gray cloud spoiling the fun and not letting it be as good as it can be when you know it’s been well deserved.

You don’t necessarily have to start with the most difficult task (though it’s not wise to leave it for the very end) – but do start. Same goes for mates calling you to the pub on a Saturday night (as one gets older and kids arrive, this in fact can get a bit more difficult to arrange). Kick yourself in the but and go. Might be your last weekend – who knows!?