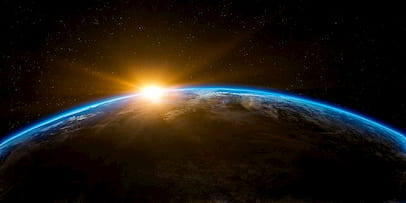 I’ve been thinking a bit (not that I’m very good at thinking, but I am persistent) about the amount of anti-vaccine and anti 5G network sentiment that has become more noticeable (if not more popular as well) lately, since the outbreak of the Corona virus (good Corona virus article I translated and, of course, my Corona virus survival guide 🙂 ). This is my take on all those anti-xy conspiracy theories.

I hear these things from some people I know, even those I consider to be intelligent and “normal” (unlike myself). Some even highly educated ones are really deep into the conspiracy theories.

Now, I do question everything – including my own views and opinions. And most of my countrymen have witnessed first hand the unthinkable mischiefs that both our own, and foreign (“democratic”, “western”) governments are capable of and willing to do. So my “objection” to the conspiracy theories from the title (and the others, like HAARP, chemtrails etc.) does not come from: “they wouldn’t do that!” Not in the least. My objections come from:

Which leads us to another potential pitfall – competence and integrity (honesty). Now, while I try not to lie, especially to myself (yes, Relja, you are a prick!), my competence is still limiting. Thanks to our socialist education system (and my studying very hard), I would say that my knowledge of the world around us, technologies, physics, biology, and chemistry is “generally decent general knowledge” – probably better than most people get in the EU and the US (they have more specialized education system, with a lot less stuff taught in elementary and secondary schools). Far from a know-it-all (even though I suppose that I often come across as such), but still think I’m able to tell whether an expert in a field is making sense, or not. Also, simple common sense and critical thinking can do wonders – especially if practiced regularly.

All that aside, I do have good education, knowledge and experience when it comes to (tele)communications, IT and mobile phone infrastructure – for about 8 years my work was very closely related to those, with my formal degrees containing the words: “computer technician”, and “IT engineer”.

So, while the anti-vaxxer stuff is where I still have to rely on hearing other experts, when it comes to anti-5G, I’m a lot more “at home”. Hence, one day I was talking to a colleague, who was all into the anti-vaccine and anti-5G. And, concerning the 5G, I patiently explained all about the different types of radiation and their effects, the fact that radiation power diminishes with the square of distance, emitting power of mobile phones, Wi-Fi routers, 3G, 4G and 5G base stations etc. He was listening carefully and patiently, seemed like he understood. Finally, his reply was: “OK, maybe that 5G isn’t so bad in and of itself, but with the combination of those metals they spray on us, it could still hurt our bodies!”

I laughed. And then it dawned on me:

2. The root of all the conspiracy theories

To put it in one sentence: one gram of fear is “heavier” than a ton of facts. Humans are built that way. Let me explain:

Over tens of thousands of years (just counting the existence of modern humans – Homo sapiens sapiens – and with the “bold” assumption that Darwin was right and the Bible is a nice fairy tale), natural selection has been very efficient (some might call it cruel even) towards humans. With no advanced medicine, science, and technology, the weaker ones were killed off – one way or another (germs, viruses, predators, famine, floods…). Those who were more adapt have survived. One of the things that helped survival a lot was the fear, including the fear of the unknown. Humans who tried to pet and get to know a tiger didn’t pass their genes on to the new generations. Those who had feared the tiger did. Hence, our instincts and brains are wired a certain way. The things we consider nice, beautiful, and the things we consider bad, are by large influenced by our “programming” (education, culture and upbringing do play a big part, but those are also affected by the afore mentioned programming), it takes a lot of conscious effort to break away from that.

To make it more clear, here’s a modern day example – from real life. You’re walking in the mountains. You get thirsty. Come across a well. Now, suppose you are not familiar with the terrain and don’t know if that water is good for drinking, or polluted. Your choice of whether to drink it or not is highly influenced by the afore mentioned programming. How?

If you know you will soon reach a good well, or “civilization”, most people won’t even fill an empty water flask if they have one at hand.

If you don’t know when you will reach any other “reliable” water source (like you got lost in the woods), most people will at least fill any empty water cans they have.

Only if one is very, very thirsty and they don’t know where a “safe water source” is (whether it is close), will most people drink water from a potentially polluted well (especially if the water seems clear enough).

See how programmed we are towards avoiding potential risk if the gains from it are not crucial enough – especially when it comes to health/survival? In this water well example it is perfectly sensible reasoning. But here is where it gets more interesting:

You are hiking with a guide, who knows the woods. To make things more interesting, you’ve got your kids (or your friends’ kids) with you. Coming across a well, the guide says the water is good for drinking – nice, clear, fresh mountain water well.

That’s a situation where most people would drink the water, most would even let the kids drink it.

Drum-roll… imagine if, right after the guide tells you the water is good for drinking, you see a man who is dressed for hiking, looks “normal” and “serious”, has grey hair (age – experience) and tells you: “beware of that water, it’s become polluted!”

Now, if you have no other information, the man just walks off. Or even if you do, the man stops and tells a story how his nephew got stomach poisoning. You have no way of checking the story to confirm whether it really is true. You have no idea whether the man is just plain crazy (it’s not always clear enough).

How many people do you think, in that situation, would trust their guide enough to let their kids drink the water?

This is why all the anti-vaxxer and anti-5G, HAARP, chemtrails etc. theories are so attractive. People see a man who looks serious, old, is dressed like a doctor, says they are a doctor, and speaks quite “skillfully” (I’ll explain this in the next chapter) about how and why “vaccines are bad”. And it concerns their kids as well! Oh my God!!!

Brief digression: Internet makes it easy for countless people to publish their opinions, and get a large following, without passing any filters – which is nice in terms of freedom, but has also opened the doors to a huge amount of misinformation (though there still is a lot of censorship, as I explained in my post about .com price hike – and Internet censorship).

Which leads us to the next chapter:

3. The importance of critical thinking

Dihydrogen monoxide:
It is a major component of acid rain.
contributes to the “greenhouse effect“.
may cause severe burns.
contributes to the erosion of our natural landscape.
accelerates corrosion and rusting of many metals.
may cause electrical failures and decreased effectiveness of automobile brakes.
has been found in excised tumors of terminal cancer patients.

Despite the danger, dihydrogen monoxide is often used:
as an industrial solvent and coolant.
in nuclear power plants.
in the production of styrofoam.
as a fire retardant.
in many forms of cruel animal research.
in the distribution of pesticides. Even after washing, produce remains contaminated by this chemical.
as an additive in certain “junk-foods” and other food products.

These are all 100% correct, indisputable facts about dihydrogen monoxide. It is also a fact that, in Serbia, it is put into the tea served to children – at schools, and kindergardens. I can testify, in the court of law, with evidence, that every cup of tea served in Serbian kindergardens and schools contains vast quantities of dihydrogen monoxide!

Now, does this worry, or scare you? It might, for now. However, here’s the molecular formula for it: H2O. It’s the fucking water!

Hope this example, even though oversimplified and exaggerated, demonstrates how one can state even indisputable facts, and still lead people to a wrong conclusion – in this case that water is harmful and dangerous. Water (and fire) certainly can be very harmful and dangerous. It boils down to context, how it is used, moderation and common sense.

Experts with an agenda, or simply crazy experts, as well as many posers, can speak very convincingly about a topic. To a novice, layman, it can often be very difficult to discern the good, objective information, from manipulation.

This YouTube video explains some of the logical fallacies used for manipulation – Science denial techniques – part 1. Very nicely explained (in my opinion). It boils down to basic logics and critical thinking – but surprisingly few people seem to be trained in this.

To prove this point (in case you’ve read this entire drivel in the least, even better if you’ve watched the video as well): I haven’t told any lies in this post, but I didn’t say until now that my knowledge of 5G telecommunication infrastructure is at about 5 (at most) on a scale from 1 to 10, with 1 being a complete novice, and 10 being an expert in the field. But the way I had presented the facts probably made you think I am some sort of an expert (or at least am implicitly claiming to be one). See how dangerous this is and how easily one can be tricked?

Use and practice critical thinking. Start with yourself – objectively judging whether you know, or not really know something. Check the facts and see if the whole picture is shown. Practice this always – both with yourself and when listening to the others. Also, be aware of your fears – as explained in chapter 2 – so you know when the (otherwise useful) instincts are working against you.

For a bit more fun: I have not stated my opinion on the vaccines and 5G. At least not explicitly. If I were some “theorist” with an agenda, I could easily say that – “brushing away” any criticism – even though this whole text clearly implies that I consider most of those theories to be rubbish (even this last sentence does not 100% clearly and indisputably say that I do think so – if you read carefully). Various “experts” have become very skillful with such dodging, something I consider to be demagogy.

Finally, one must accept that this whole concept is beyond the grasp of a vast majority of people. Which is widely abused by salesmen, corporations, governments and various conspiracy theorists. Even if you managed to read at least one chapter of this drivel, most of your anti-xy friends are likely to get lost in the first few sentences – the power of fear and “beliefs” can easily block all the information and facts – I’d say that’s a proven fact. Wrote this just for fun, putting my thoughts on “paper” and thinking out loud.

To be fair: my info on 5G and vaccines comes from consulting people for whom I have reasonable cause to believe they are good experts in the fields, and who’s integrity I have learned to trust over the past decades. When it comes to 5G I even have enough basic knowledge to discern real experts from manipulators on my own. And it boils down to this: